For centuries a place where the East and the West clashed, today the unusually green, clear, winding and powerful River Drina carries the merriest regattas on its waves and currents through exuberant nature, for which it became a favorite destination of bohemians and adventurists.

Once it was an important battle site that divided the Eastern and the Western Roman Empire, later the Austro-Hungarian Empire and Serbia, and today, the Drina is the border between Serbia and Bosnia and Herzegovina.

Almost along its entire course, the Drina cuts through mountain ranges creating gorges, only to enter a valley quite unexpectedly and change its character like a skillful actor. Its moodiness manages to trick even the most cunning ones, while its beauty will soften even the cruelest hearts.

And the beautiful Lake Perućac: even the pickiest fishermen find it a true fishing paradise where they can enjoy the scenery and relax looking at the crystal clear emerald water while catching another spectacular trophy from the river bank or a raft. 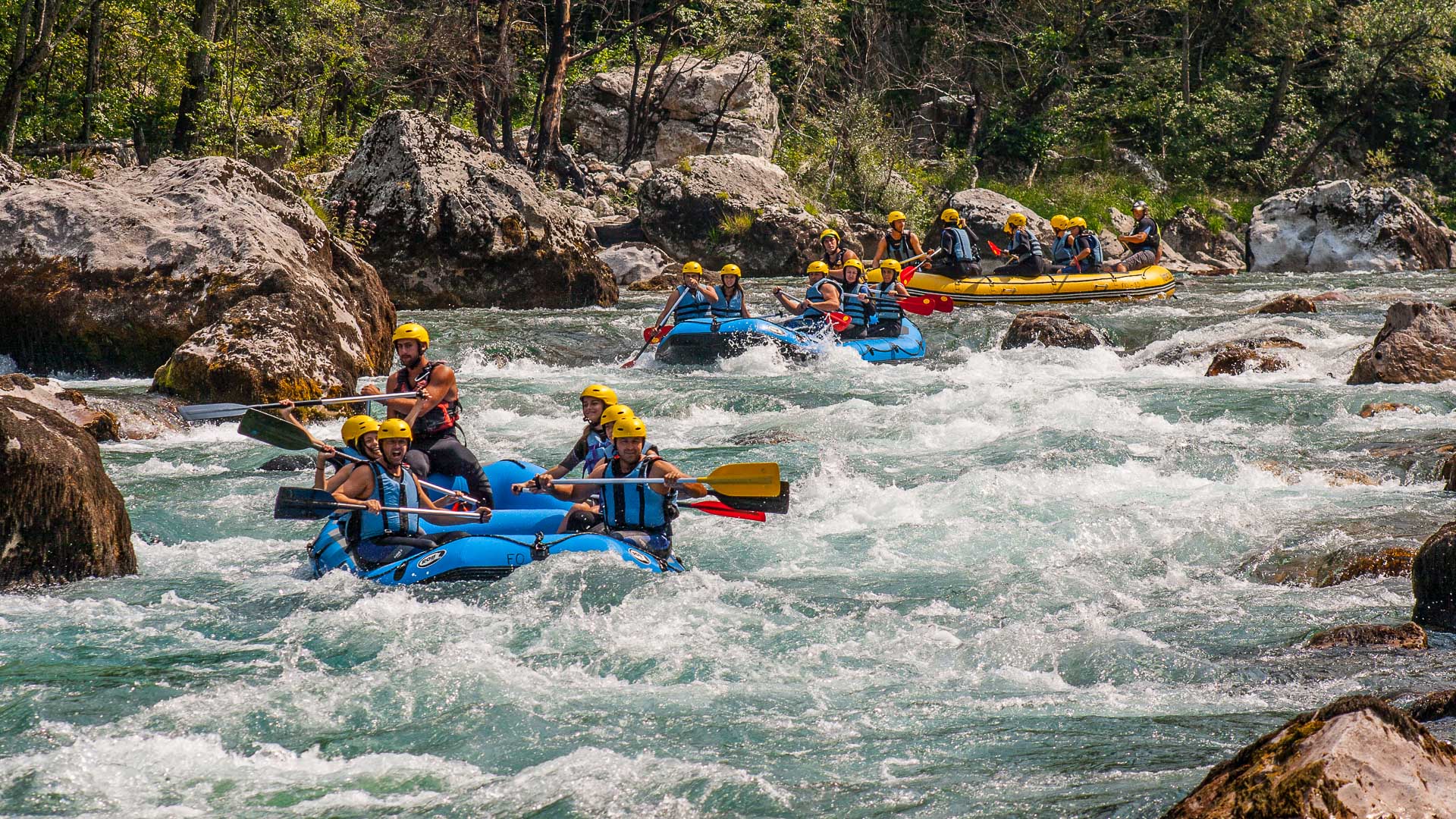 During one of the many memorable regattas, brave participants claim that the best experience ever is to feel the waves splashing, when the river tosses you from side to side through narrow gorges. And then the adrenalin rushes and awe would leave you breathless while facing up to one kilometer high cliffs that barely reveal the blue sky where eagles fly freely.

After an exciting race, the regatta contesters will camp on the Drina banks, party with a barbeque, drinks and a brass orchestra, sleep under a starry sky and breathe fresh air coming from the forests of Tara Mountain.

The always exciting Drina is created by joining the cool and swift mountain Rivers Tara and Piva near Šćepan Polje, in Montenegro. From there with all its strength it curves its path towards Bosnia and Herzegovina, and gives the towns sprouting on its banks a particular historical importance.

One of the most famous towns on the Drina is Višegrad, where a special ornament made of white stone rises over the river: the famous old bridge of the Grand Vizier Mehmed Pasha Sokolović. The writer Ivo Andrić celebrated it with his novel ‘The Bridge on the Drina’ (‘Na Drini ćuprija’), which was no doubt instrumental for the award of the Nobel Prize in Literature (1961).

The Drina enters Serbia strengthened by the force of the River Lim that flows into it just before the border creating the Medjedjanska Gorge, one of two largest gorges on this river. From here the river continues to flow along the winding border, through the parts of Serbia in which the beauty of nature is exceptional, flora and fauna are very rich and versatile and the Drina itself is the most beautiful. Here lies, surrounded by dark steep cliffs, the largest gorge on the Drina, the 38 km long Klotijevačka Gorge. The gorge leads towards the Lake Perućac that formed after the mighty Drina was dammed. Despite being an artificial lake, it is still one of the most beautiful lakes in Serbia. Tara Mountain rises almost vertically over the lake thus making the color of the lake more intensive and the lake more beautiful.

The Drina continues to wind through amazing landscapes all the way to the city of Loznica where it transforms into a calm lowland river and somewhere near Sremska Rača into a transparent mystical mist slowly flowing into the River Sava, as if it had never been that wild, uncontrollable river.

There are three hydropower plants built on the Drina: in Višegrad, in Bajina Bašta and in Zvornik. Today three lakes (Višegrad, Perućac and Zvornik) cover one third of the Drina which partially transformed its natural appearance, but still these are exceptionally beautiful lakes. 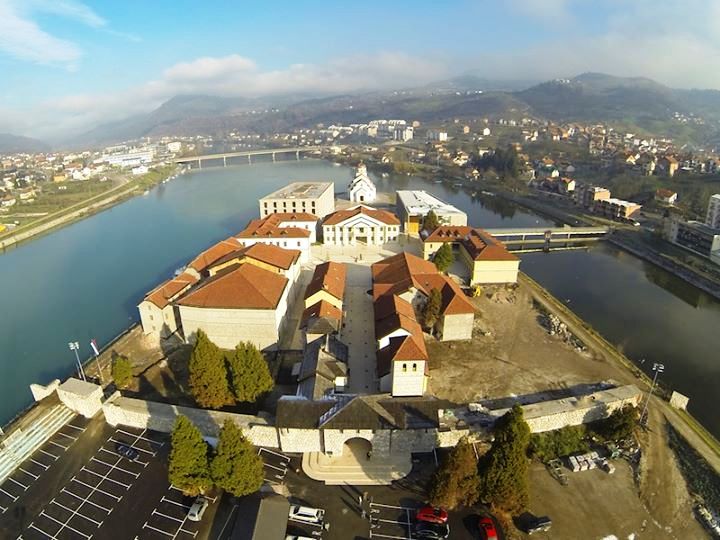 The Drina in the tradition of the people

The Drina has always significantly shaped the lives of people who settled on its banks. It influenced various customs, inspired the creation of numerous songs and other art works. And its unpredictable and winding relief was immortalized in a saying “Ko će krivu ispraviti Drinu?!” (Who can straighten the winding river Drina?), meaning that sometimes your efforts can be in vain.

The folk tradition highlights another important characteristic: its unusually green color. Once it used to be called “Zelenika” (Green River) due to its intensive green color, as if some dedicated painter keeps pouring his tempera into the river.

The Drina regattas in summer: in late June the regatta for the disabled, during the first weekend of July starts the Loznica regatta, the second Saturday in July is reserved for the regatta in Ljubovija, in mid-July is the students’ regatta, and the biggest and the most visited great regatta is organised during the last ten days in July in Bajina Bašta.

During the regatta that leads to Lake Perućac you will see the River Vrelo, one of the shortest rivers in the world, that is only 365 m long and that’s why people say it is “long as a year”.

The Tara National Park with its magnificent mountain and plentiful nature will leave you breathless any time of the year.

Visit the Rača Monastery, built in the 13th century after King Dragutin’s endowment.

Tara Mountain almost touches Zlatibor Mountain, and on your way there you will see Drvengrad (The Wooden Town), an ethno village built according to the ideas of the famous film director Emir Kusturica. Here you shouldn’t miss the ride along the Šargan Eight Railway on the old “Ćira” train. 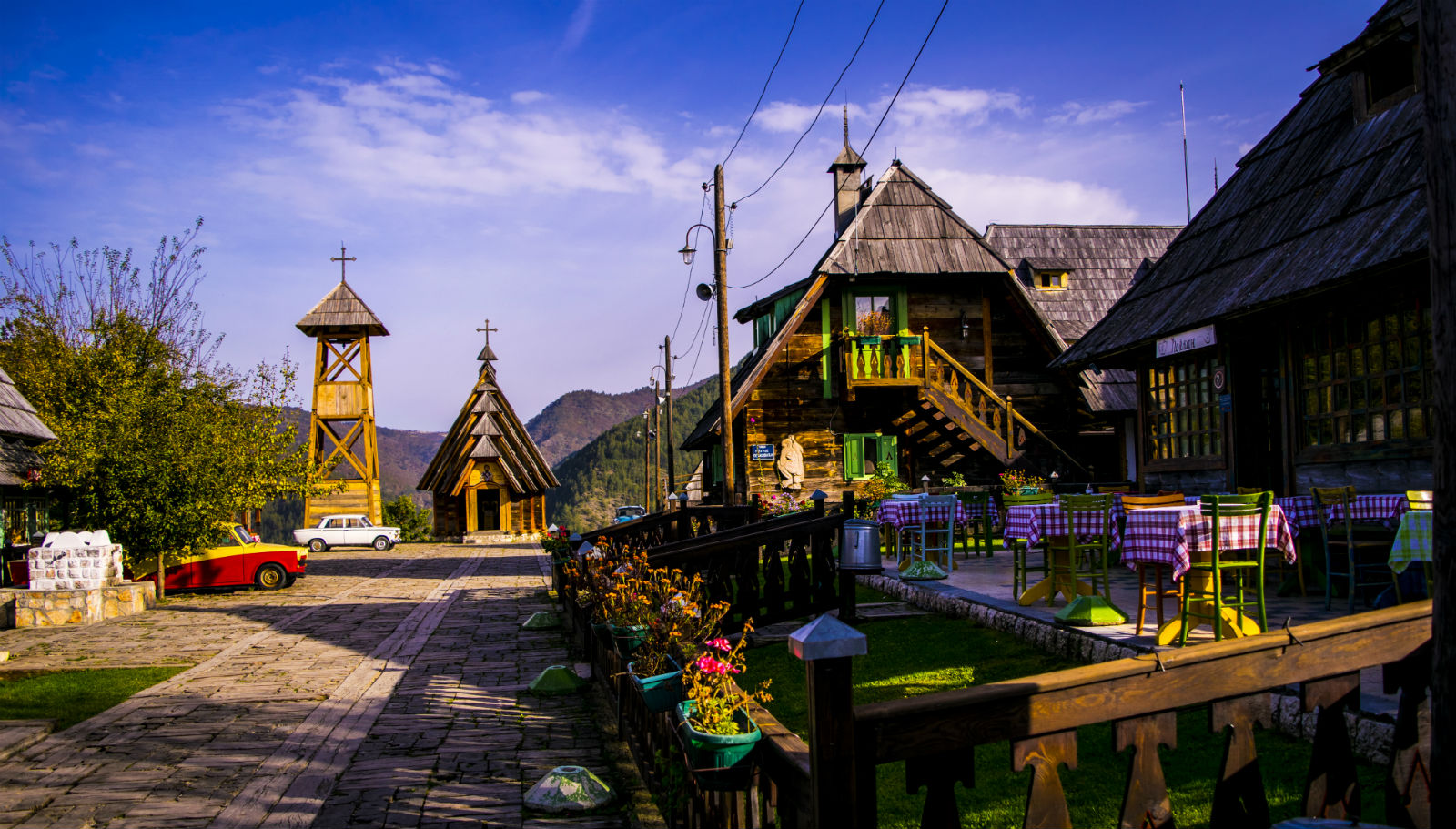 One more ethno village, Stanišići, is patiently waiting for your visit. The magic of the river has been transferred to the surrounding landscape and also touches the human constructions.

Let your senses enjoy the traditional Serbian cuisine while visiting these mountains, and have fun during the unusual cultural event called ‘Lažijada’, which takes place in the first half of July and consists of a competition in telling lies.

*Same parts of this article have been taken from www.serbia.com 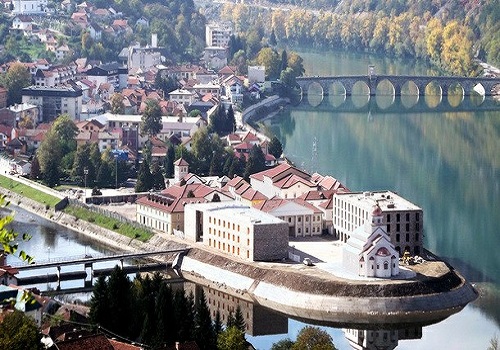 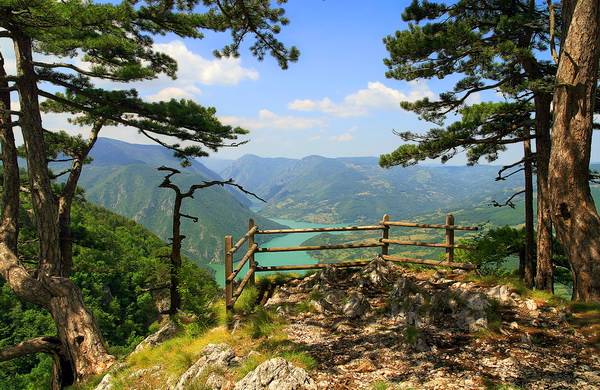 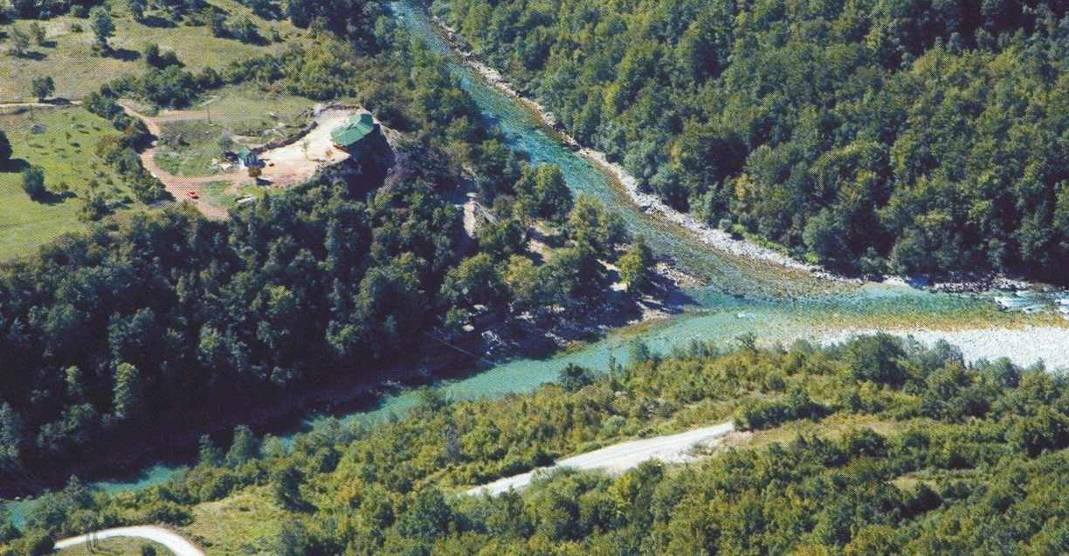 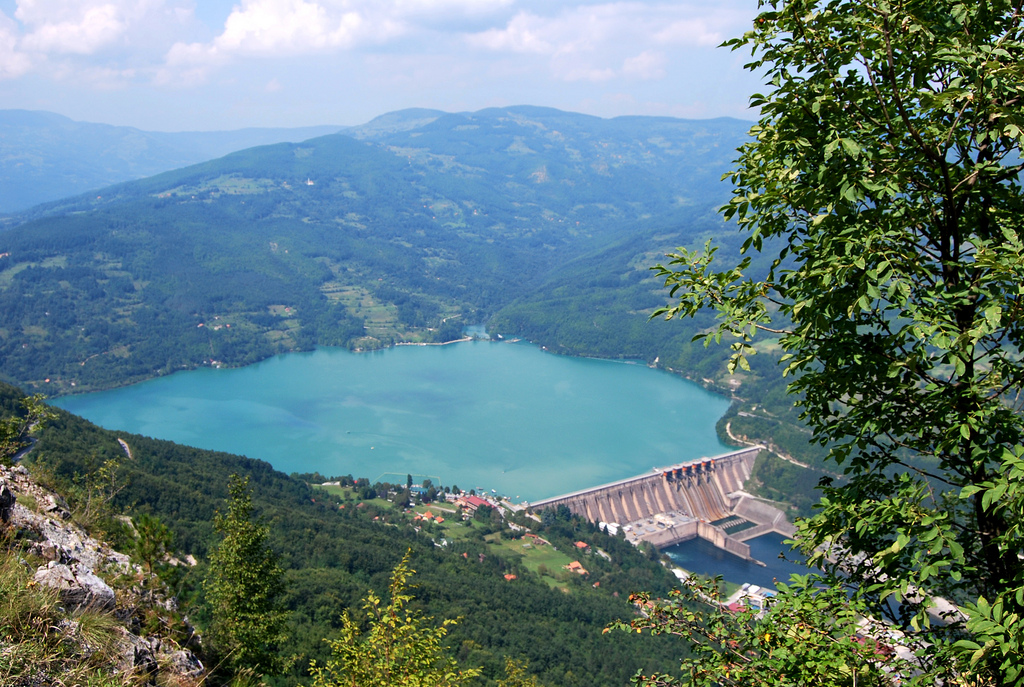 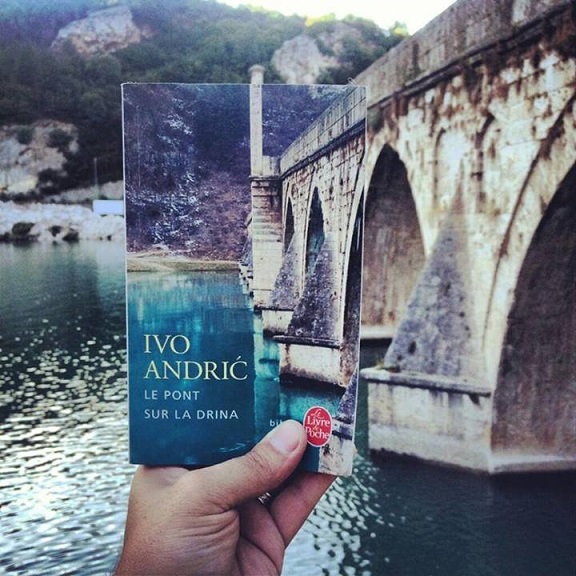 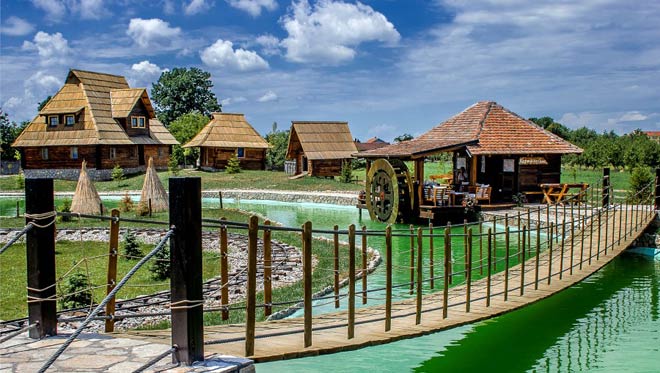 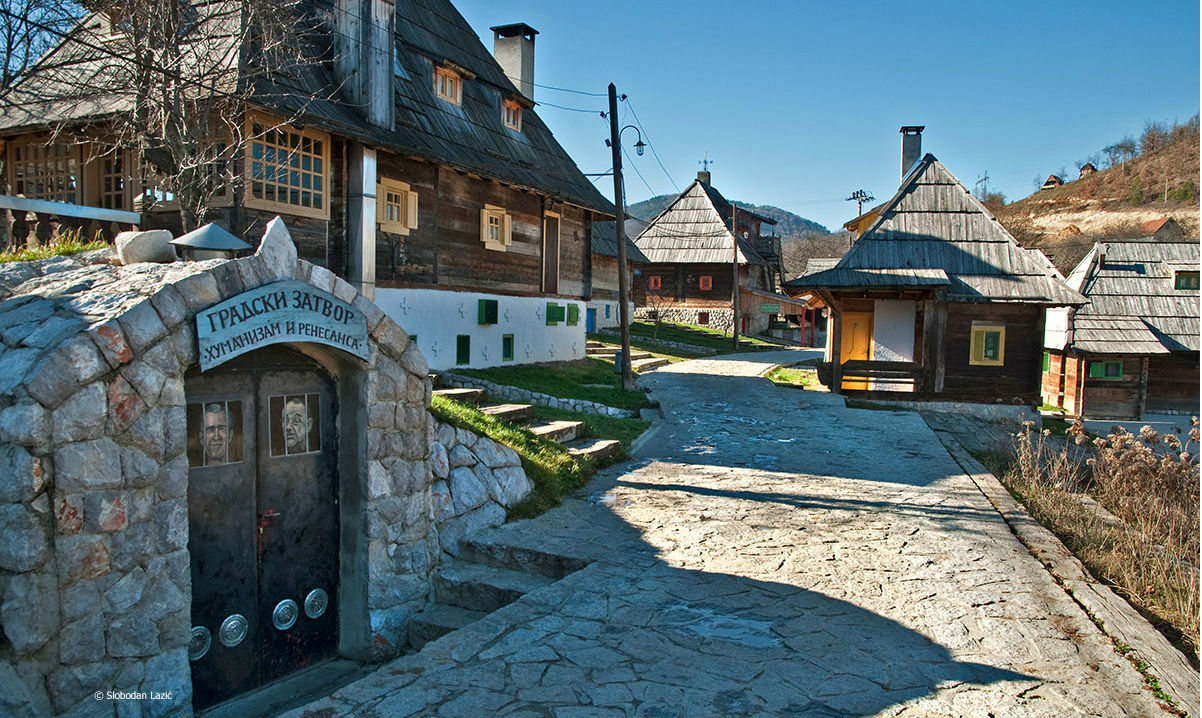 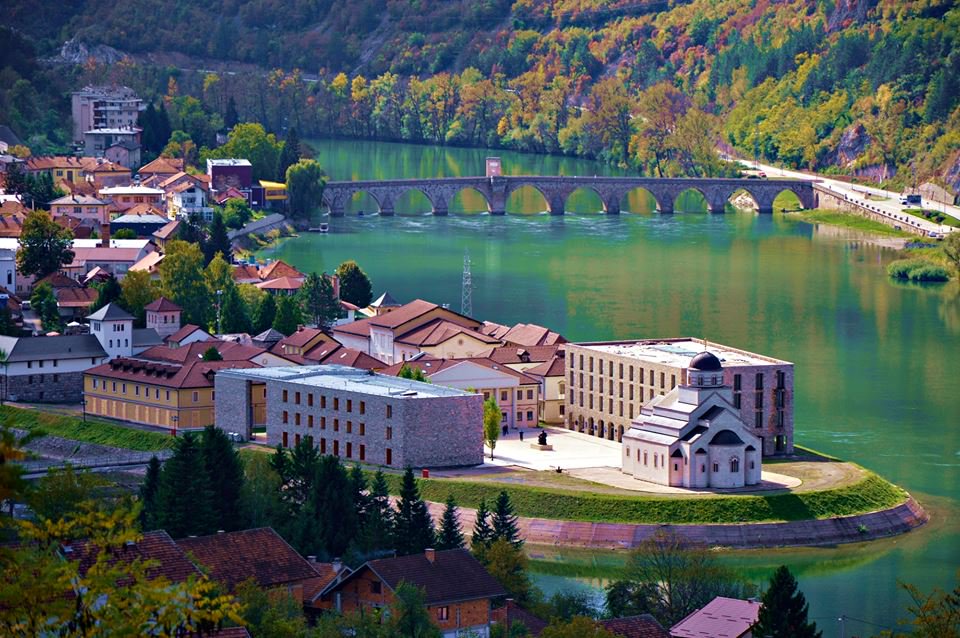 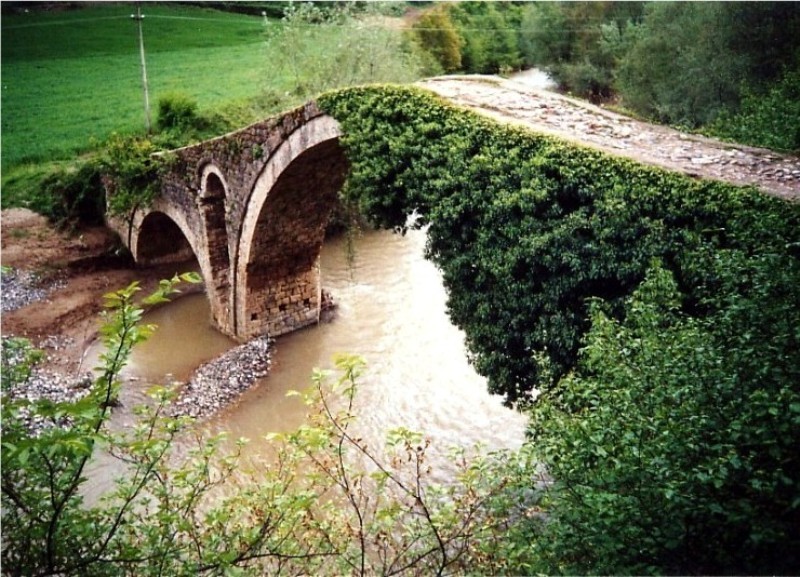