2020 European Week of Regions and Cities, a record edition!

2020 European Week of Regions and Cities, a record edition!

The 2020 edition has marked a turning point for the event by going digital for the first time ever, with a rich programme spread over 3 weeks. The event focussed on three themes: Empowering citizens (5-9 October), Cohesion and Cooperation (12-16 October) and Green Europe (19-22 October 2020). 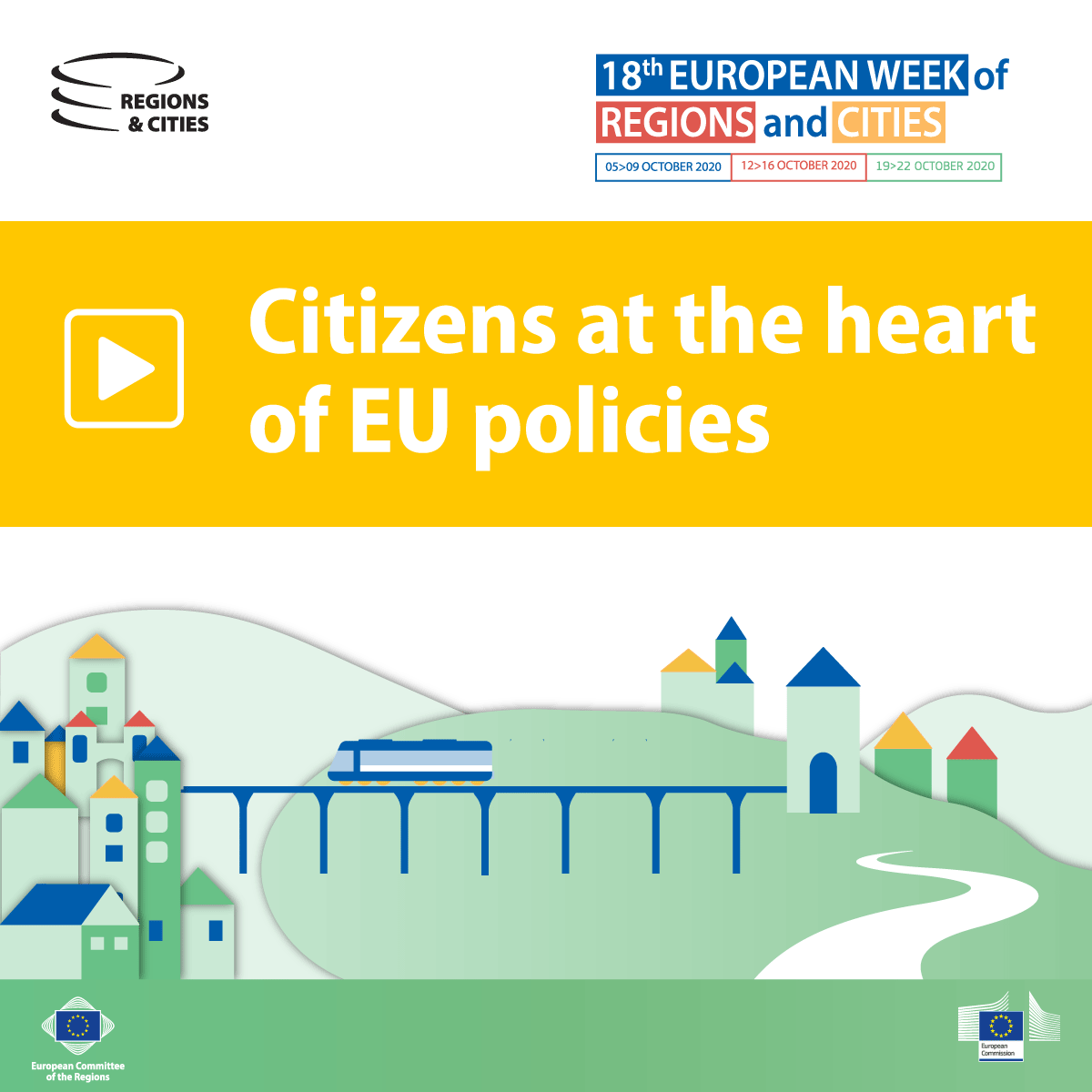 The COVID-19 pandemic has reshaped the political agenda at all levels, putting the crisis and its health, social and economic aspects, its impact on people and local communities, and possible EU measures for the recovery at the core of the public debate at the EURegionsWeek. Despite these uncertain times, the fully digital edition of the EURegionsWeek confirmed itself as the flagship political platform for engaging local and regional politicians with EU leaders. 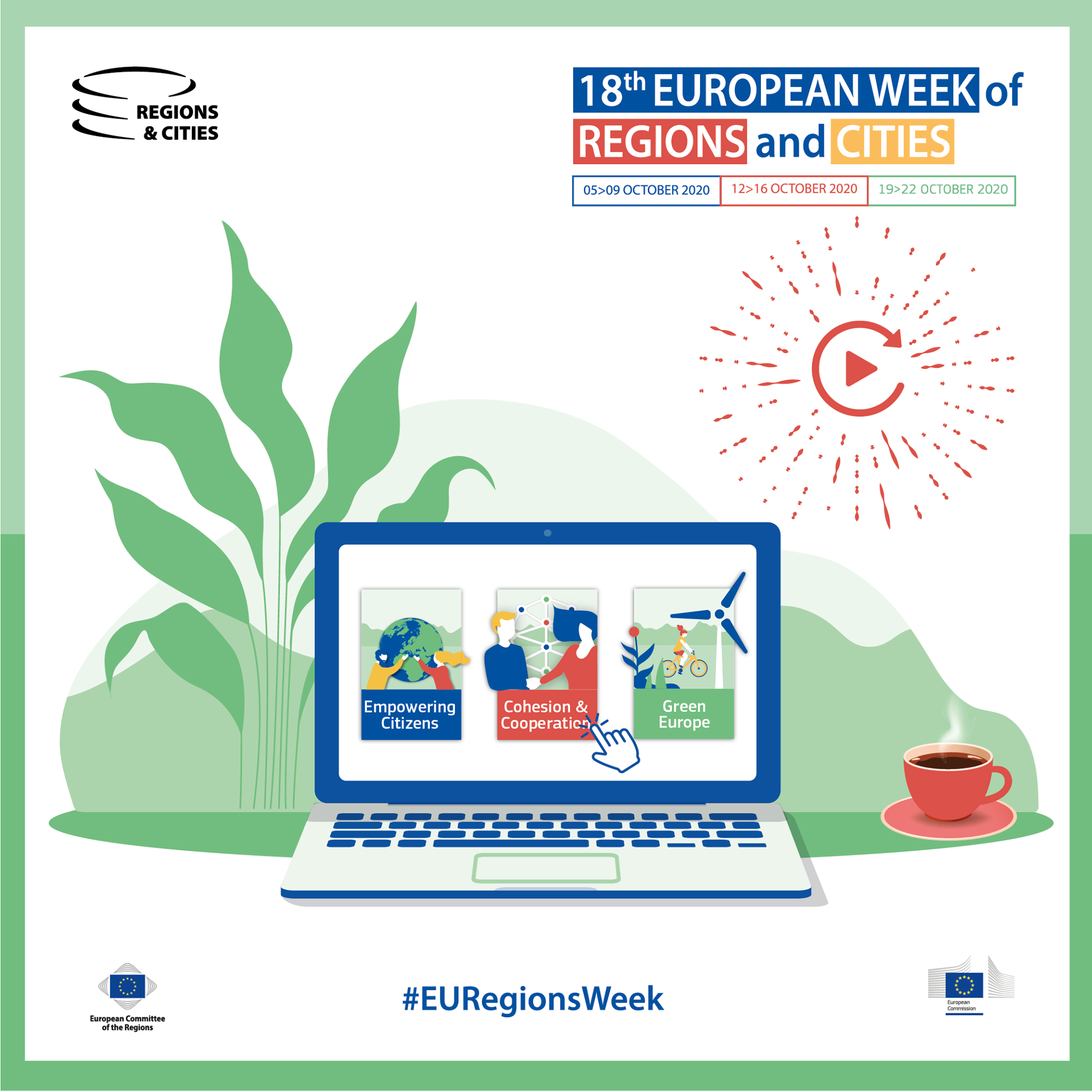 Sessions, high level events and political debates are available as “video on demand” for a period of one year after the event on the Live & Replay (https://euregionsweek2020-video.eu/highlights) 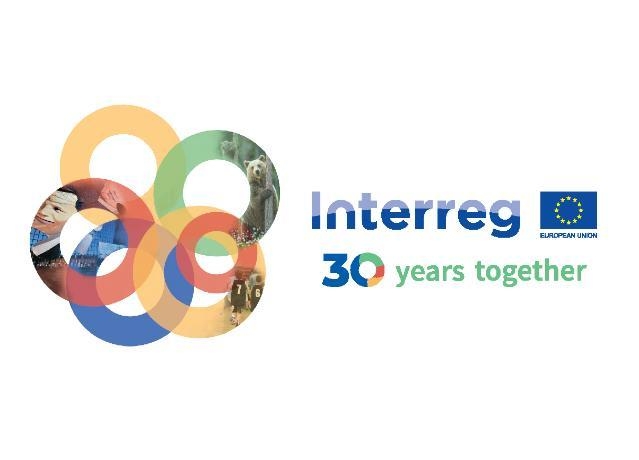 30 years of Interreg: how has cooperation across borders evolved?

On 14 October 2020 a workshop called “Before and after the coronavirus – solidarity in action with 30 years of Interreg” took place at the EU Regions Week. 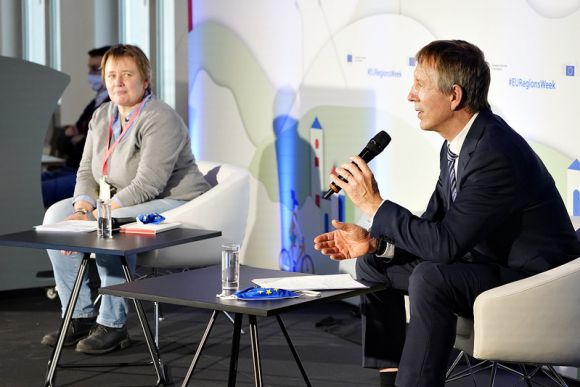 Interreg is a long-standing programme of the European Union which aims to support cooperation across borders at a national and regional level. Although many national borders were closed as a response to coronavirus, neighbouring connections are vital for day-to-day life within the European Union. 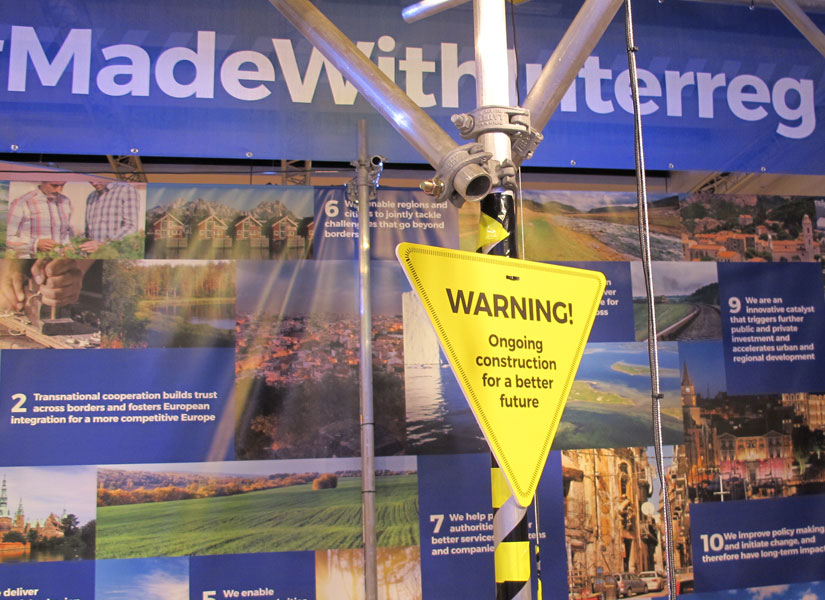 In an interactive workshop with videos and opportunities for the audience to ask questions, attendees gained an understanding of the importance of Interreg and the challenges that Covid-19 is bringing to the programme.

For Jean-Pierre Halkin, the Head of the Unit for Macro-regions, there is a key word to describe the Interreg programme: cooperation.

“In a year that the borders were closed, we could see the hospitality from the people and spirit of solidarity between the member states. Countries showed their hospitality with regard to the most affected regions and neighbouring countries with the most difficulties, through medical care”, said Jean-Pierre Halkin.

On the other hand, Nathalie Verschelde, the Deputy Head of Unit for Interreg, describes the Interreg as a mature instrument. For her, border regions have been able to take advantage of various investments in order to specialize in certain sectors and to be able to cooperate and get the best out of each investment. In a year that our economies have been deeply affected, border closures caused many problems for our regions, and we need this investment more than ever.

“In the Europe of the past, people thought that there was no need to invest in borders and we didn’t need to be so connected, but the truth is that generation after generation we continue to believe and have confidence in cooperation between border regions, so that we can further develop these regions”, asserted Nathalie Verschelde.

The two speakers of the workshop already have their eyes on the future. Promoting communication, integrating young people and combatting climate change are some of the issues that will be addressed.

“We will continue to invest in promoting the programme and the benefits of cooperation between the borders of different countries, in order to attract the interest of countries. For example, we want to show that if a country can invest and specialise in specific medical patents and the neighbouring region specialises in other specific patents, this will promote the spirit of teamwork and increase circulation and social life between regions”, explained Jean-Pierre Halkin.

“We will continue to work to combat the problems arising from climate change. The consequences are increasing and that is why we want to continue to invest in cooperation, such as, for example, the cooperation between Portugal and Spain that manages to speed up the circulation of firefighters and special forces in fighting fires and other natural disasters”, said Nathalie.

The programme is to be congratulated! In a year that Interreg celebrated its thirtieth birthday, the borders were closed and the programme had to deal with this problem. During these months the programme did everything to facilitate circulation in case of emergency and the need for basic goods, such as the circulation of emergency ambulances to the nearest hospitals and the transport of food to border regions.

Both Nathalie Verschelde and Jean-Pierre Halkin are proud of what the programme achieved during 2020. It is hoped that in a while there may be the possibility of having the long-awaited and well-deserved party of the 30 years of the programme. 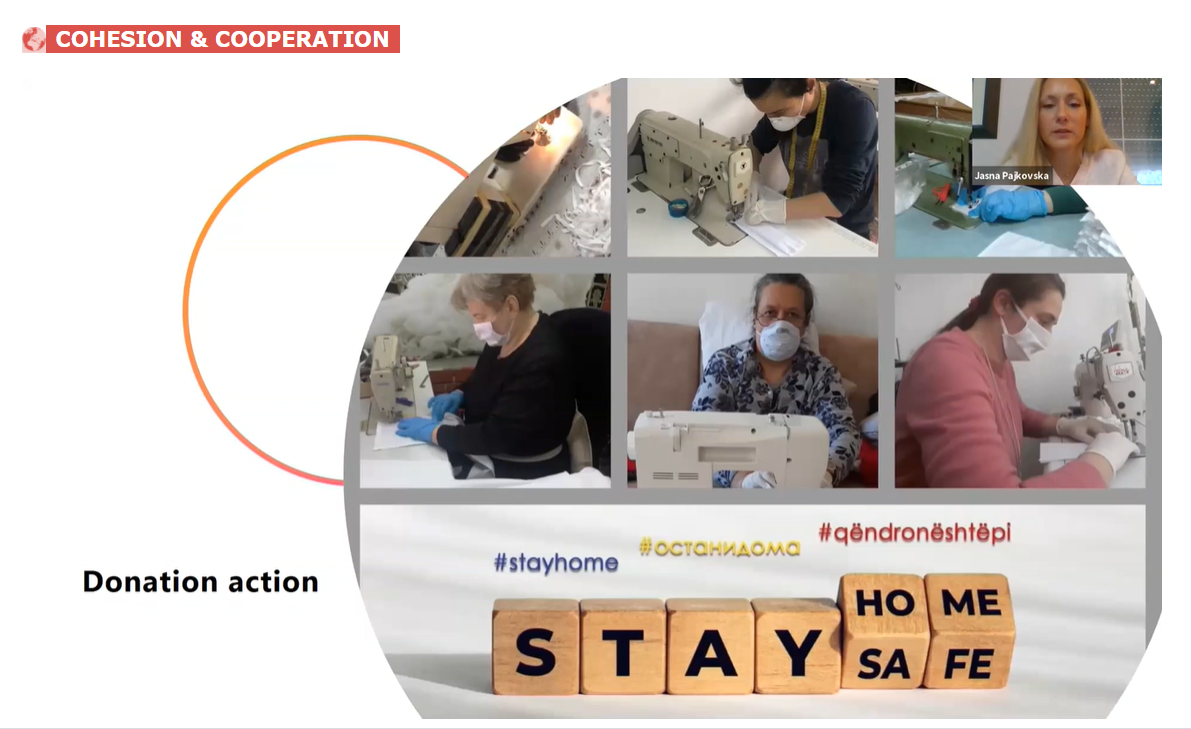 Cooperation projects as a driving force for empowerment of women

Life on the external borders of the EU seems more challenging than life within its borders and standards for being a successful woman in the Western Balkans (WB) therefore appear to be more demanding.

Many EU-funded cooperation projects implemented within the WB and on EU external borders have supported women’s sense of self-worth; their right to make choices, have access to opportunities and power to control their own lives, both within and outside their home; and their ability to influence the direction of social change to create more social and economic order, nationally and internationally.

But not only that! Access to Interreg and IPA CBC resources revealed the ability of women to empower and support different sectors with their actions and to respond to the requirements of today’s societies and their emerging needs.

The workshop on ‘cooperation projects as a driving force for empowerment of women’ organised on 13 October 2020 by the Interact programme and the CBIB+3 multi-beneficiary project, in close cooperation with DG REGIO and DG NEAR, showed how WB empowered women were able to understand the societies they live in, recognise the needs of the people that they are surrounded by, transform their everyday activities into income-earning opportunities, assist the weak and demonstrate strong leadership, in times of both peace and crisis.

Interreg and IPA CBC projects have brought the attention to women who are capable of sensing the emerging needs and providing an immediate response to them, ranging from everyday needs of the population, supporting businesses or youth, addressing needs of the disadvantaged population, as well as tackling emerging health challenges such as the COVID-19 pandemic. 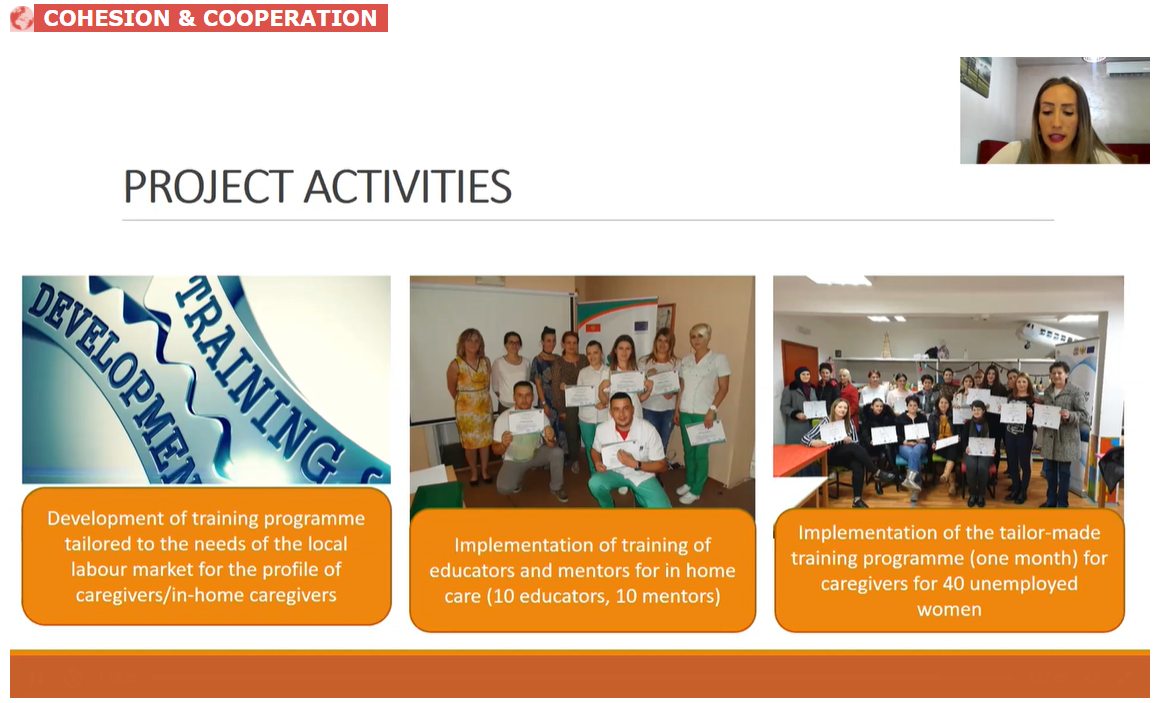 The following projects were discussed during the workshop:

The following speakers had the chance to present these projects:

Should you would like to view the proceedings, please visit https://euregionsweek2020-video.eu/video/cooperation-projects-as-a-driving-force-for-empowerment-of-women